Browse: Home / 2011 / May / 22 / How to add Perl support for Adobe Dreamweaver CS5 and the .cgi extension with color coding and syntax highlighting

I still run into .cgi files every now and then. In some instances, I actually prefer the simplicity of a .cgi script to other options. Since I use DreamWeaver extensively, what I needed was a way to open .cgi scripts in Dreamweaver. And I wanted to do it in a way that would support DreamWeaver’s color coding and syntax highlighting as well. I also wanted to be able to open files with a .cgi extension by double-clicking on the file rather than launching Dreamweaver, searching for the file, etc.

First, a little background for the youngsters: Before PHP and ASP became popular, Web developers used the Common Gateway Interface (CGI) to process forms and such. A URL was used to point to a CGI script on the server (usually in the cgi-bin folder) and the form could be processed. The CGI script could be built in any of several languages, the most common being Perl. And a great way to simplify everything was to name all CGI scripts with the .cgi extension. In this way you could configure your webserver to treat all files with a .cgi extension as CGI scripts.

The first step was to find out how DreamWeaver decides which file extensions are supported. I scoured the internet for information on how to add file extensions to the DreamWeaver program. After several hours of searching I finally came up with a way to achieve our goal!

You will need to edit two files to add the .cgi extension with the full capabilities of Dreamweaver CS3, 4, 5, and beyond. These two files are an .xml file and a .txt file. Remember that Windows hides known file extensions so you may have to change your settings to make sure you grab the right files. I did not try this on a Mac but I assume the files are named the same. There are lines in the files that allow for enabling these features on a Macintosh, so I think this will work for Mac, you will just have to find the files in the directory they install in the Mac OS.

And here are the steps to make it happen:

Get the official Dreamweaver Extension for Perl Support (by ChrisBanks) from:
http://www.adobe.com/cfusion/exchange/index.cfm?event=extensionDetail&extid=1021086 Download, install, then restart Dreamweaver. You need to restart Dreamweaver anytime a new extension is added in order for it to work.

Find the file name PerlDocumentType.xml, and open it with a text editor.

NOTE: If you properly installed the Perl Support Extension above, you will see the file. If not, search for it by the name or try to reinstall the Perl extension.

In the 3rd line of the file find the following:

And change it to:

Find the file with the name Extensions.txt there.

If you properly install the DW Extension for Perl Support, the last line of the file will be:
PL,PM:Perl files
change it to:
PL,PM,CGI:Perl files

Save the file. Close Dreamweaver, and re-open it. Try it out! 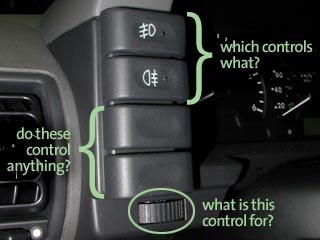